A place to discuss the weekly Wall Street Journal Crossword Puzzle Contest, starting every Thursday around 4:00 p.m. Eastern time. Please do not post any answers or hints before the contest deadline which is midnight Sunday Eastern time.
Rate the difficulty of the meta
Locked
352 posts

Got a late start on the meta here, but I'm comfortably on shore after a few quick rabbit holes earlier this afternoon.
Top 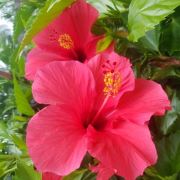 On shore. Struggled for a couple of hours and thought I would have to throw in the towel. Then by chance, just noodling around, stumbled across something quirky, and followed the thread. Quite clever. Glad I made it in time.
Top

I definitely didn't figure out the meta, but I have a rabbit trail that I couldn't shake (or justify), so I submitted the answer I thought it was leading towards...if I somehow am right and win the mug, I'll send it to someone more deserving than I

ahahahahaha, as soon as I call it quits, I get it. Another 11pm save. I had to look again after reading the announcement of how everyone got it.

I'll share my opinion in an hour or so about how I feel about the meta to spare the spoiler phobic. But I'm on shore.
Top

WOW, talk about feeling STUPID!!! I git not one but three people trying to help me and I still could NOT see it. The finally I went back to something I had tried before, but with a different twist and then I got it. So I'll declare ashore but will absolutely not submit because if I had gotten any more help I'd have had to declare myself either a foreign nation or a dependent on somebody's tax return. I feel so ashamed, it was right there all along. I will tell you about a different path I took that really seemed like it might be right, glad I did not send that.
Top

Hey, at least you can sleep tonight.
Top

One letter off from my last name (thanks Barbarak)!
Heidi
Top

"They may line up next to OTs", with the answer "TES" - I took this to be talking about football, with "OT" standing for "offensive tackle", and "TE" for "tight end".
Top

them's fightin' words
"Lots of planets have a North", the Ninth Doctor.
Top

OK, I promised a "tell all" and I almost submitted this answer when I was so in the woods that I could not see my way out (though while there I found 14 golf balls I lost on one hole many years ago so not a total loss):

So there I was, SURE that the temptingly placed ODD letters (Mike you should be ashamed of yourself) had to have something to do with it. I had tried letters at odd numbered boxes (by the way there are very few things you can't spell with 30 letters, you just cannot use them all and have to eliminate swear words - not that I'd ever use those anyway

) I tried looking for "Odd" things (BEARDED LADY was a good candidate but she seemed to be alone in her oddness, though SATURNALIAN and LAERTES were considered as well!). SATURNALIAN came up again when I thought "Oh, that Mike he is doing homophones" and I tried desperately to remember if there was a Sci Fi series with a creature from Saturn and also if there was any woman who had dated a bearded Edward. I thought I had him with ALOAN/ALONE TENS/TENSE but that bunny too slipped quickly down the hole and out of my grasp. The finally I SAW it: 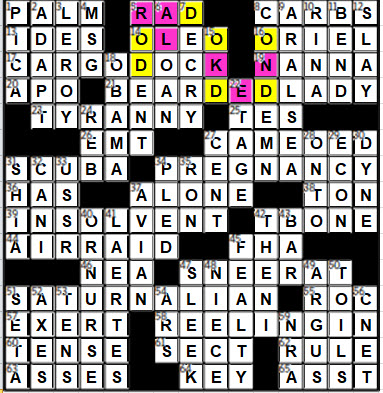 How could I go wrong, if I took those letters that touched the letters when they formed ODD (either alongside or between) I got RALKEN, a perfect anagram of RANKLE which, by definition is: "to feel anger and irritation. transitive verb". AHA!! something people who are at odds often do. Someone said that the answer reminded them of their college years and that helped confirm it for me, we were always mad at something (I was part of the rankle and file). At that point the inevitable happened, this transitive verb caused me to be intransigent about what I saw. I did do a confirmatory request because it seemed rather forced and inelegant, and that individual tried to dissuade me! They even tried to help me by saying, "think of odd as the opposite of even, which did not help because I was at that point thinking of ODD as the opposite of all that was good and sacred in the world. Others tried to help me as well, but they were being so obtuse (because it really was FAR too easy to see once you finally saw it) and I was being so "can't solve the META, running out of time" panicked that I did just what my wife always accuses me (wrongly of course) of doing, listening and then doing exactly what I was going to do anyway.

So, finally at 11:45 after some ribs, sweet corn, salad and a Bordeaux far too elegant to go with ribs and sweet corn (oh and a vodka tonic as well) my now somewhat calmed (OK, OK, anesthetized) brain looked at the puzzle, took every odd letter of the first puzzle word and got CROOK!!! I had by this point done the puzzle 5 times between paper and Excel so I knew that was another clue. Parsing BEARDEDLADY (I got permission first of course) gave me BAD DAY and I knew at that point what the mechanism was (Oh, and here another "Mike you ought to be ashamed of yourself" is in order - AIRRAID comes out to be ARAD and I had a heck of a time trying to let RAD go as a possible letter contributor but it was an answer not a clue so out it went).

I feel so ASHAMED to have missed that but that RANKLE was so tempting and seemed so right that I got monovision and, well the rest is just a BAD DAY because I was STRAINing too hard and ISLET my preconceived ideas REIGN over me. In the end they turned out to be a CROOK and stole the PENNY I was hoping to drop. Hopefully someone will get some laughs out of my bumbling. I finally can, now that I have scraped off the salt of bitter tears from my cheeks!
Top

Nah, I'd have probably tried to force "stale bread" or "Grandfather" as the answer.
Top

I'm like...no, it can't be that easy...but there it is. I was overcomplicating things, "well, if you divide the answers there's a odd syllable/word and an even one" and then ... nothing. I think the biggest nudge was this message saying "uh, everyone got the answer except for you..."

We have had a lot of activity since lunch with four new muggles - halseymac, mlhl aka Marge, jimbo1 and JRS51. Welcome to the clan. We now have 662 muggles.

We have 6 on the ship and 167 on the shore. This is close to our record of 171 so I will see in the morning how many late night swimmers we have.


I think the biggest problem aside from the duh factor is which questions were the theme questions? I was trying to work with ReelingIn, AirRaid, SneerAt to get to some sort of resolution. But once I saw how to solve the thing, it wasn't much to figure out it was Penny all along.
Top

"They may line up next to OTs", with the answer "TES" - I took this to be talking about football, with "OT" standing for "offensive tackle", and "TE" for "tight end".

I tried to go out for football in college, they told me I could play offensive throwback...took me weeks to realize I was being made fun of, but that's what I thought OT meant

(they also told me you wore the thigh pads with the points up and to the inside (and if you have never seen old football pads that will not be as funny as it was then).
Top 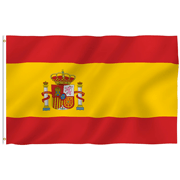 DrTom wrote: ↑
Sun May 17, 2020 4:44 pm
Wow, do I ever feel dumb....seems everyone except a precious few of us have take the liberty launch to shore. I have an answer but it is soooo forced that I do not feel comfortable submitting. I have chased numerous rabbits, each one looking a little fluffier and purer than the one before, but each one leaving me in turn with nothing more than this bag of brown marbles I seem to be acquiring. Come 11:45 I'll throw up my Hail Mary, knowing that "throw up" is probably a very apropos word.

I mean how weird is it that I got last week's which was rated as very difficult while this week, well. I guess that blind pig/truffle analogy is dead on.

I felt exactly the same yesterday! How could I get that super hard one last weekend and now be floundering so unsuccessfully? Sometimes it feels like the "easy" ones are harder to get; I'm sure it's because I've conditioned myself to expect an arcane or convoluted solution. This coming weekend, I'll do my best to start with a simple idea instead of a complex one!
Top

For all my complaining, the technology glitch actually helped me solve this meta almost immediately after I was able to download it. “Bad day” was one of the first clues I read and I thought “You’re not kidding!” after trying for about 30 minutes to actually download the puzzle, so “bad day” was stuck in my mind. The “Bearded Lady” themer came up shortly after that, and on a title-based hunch, I looked at the odd letters and saw another “bad day”. Ding ding ding! Mechanism found, quick swim to shore. Funny how it works sometimes.
Top

I was very lucky to get this one on my own. Had I not taken a break for dinner on Thur and basically done a reset I wouldn’t have gotten it.

The first thing I saw was TBONE & ALONE and thought there both have ONE in them and that’s an Odd Number and it you that TB & AL you 2/3 of the way to BATTLE which is something that people who are at Odds do. So I started looking for another Odd Number and couldn’t find it. But fortunately then I said what it I try ODD numbers letters in the theme answers and once I had CROOK - I knew that had to be the right method but what did trip me up was when I wrote down the theme answers I had CAMEOED instead of PREGNANCY - so I had BIKER. Fortunately, I figured that it had to be BICKER and ultimately figured out I had used a wrong theme answer.
Top

debbierudy wrote: ↑
Sun May 17, 2020 8:20 pm
This time I'm hopelessly adrift, although normally track pretty well with Marie's metas. I could claim distraction from an unfortunate occurance aboard our sailboat yesterday - my phone now lies at the bottom of Hoover Reservoir. (But some things can't be replaced, and a phone isn't one of them.) There are a few hours left but I may (like Tom Shea) also throw a swag!

I don't suppose that you had backed up your phone on your computer?

It was synchronized recently so should be backed up, and any subsequent pictures taken are in the cloud - somewhere out there. It's a nuisance and expense, but also a chance to go off the grid (kind of) for a few days!
This was an excellent meta. I got stuck on odd numbers and "at"s, and couldn't quite get beyond them!
Top