A place to discuss the weekly Wall Street Journal Crossword Puzzle Contest, starting every Thursday around 4:00 p.m. Eastern time. Please do not post any answers or hints before the contest deadline which is midnight Sunday Eastern time.
Rate the difficulty of the meta
Locked
283 posts

Well my submission was correct, but the presence of two Mellon brothers gnawed at me. I think the meta clue should have been worded better. I tried and tried to find a way to derive Andrew Carnegie, but I couldn't find anything.
Top

The correct answer is MELLON. The symmetry in the rows and the fact that all 6 start in the leftmost column were enough to convince me that Mellon was what Mike Shenk was going for.

I never had any doubt that he was a college founder because I went to CMU (SCS '03). Andrew Mellon is considered a founder of the school along with Andrew Carnegie. The email system was called 'Andrew' in honor of them both. While attending a university, you learn a few things that aren't on the school's Wikipedia page.
Top 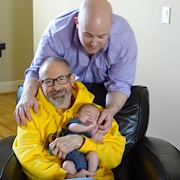 My answer was Andrew Mellon, but I can equally see Richard, or Andrew’s son who proposed the merger that formed Carnegie Mellon. Andrew Carnegie is also a possibility, but not a great choice in my opinion.
Last edited by oldjudge on Mon Feb 10, 2020 12:17 am, edited 1 time in total.
Top

I submitted "Mellon (Andrew and Richard)" Hopefully that is close enough in the unlikely event my entry is randomly chosen.
Top

To me, Mellon was the obvious answer. Some of us that do the MGWCC get a little, shall I say, trigger shy? The more complicated ones can be humbling. I contemplated Andrew Carnegie, but found no reason to do so.
Heidi
Top

I got the answer, but U(C)-IRVINE was right there and delayed me a few moments. It didn't start at the far left column, and it didn't match the symmetry, so I tossed it, but it did weigh on me a bit.
Top

I'm still counting this one as a win, even though I submitted Andrew Carnegie. I saw the mechanism, found MELLON, and my internet research showed that what Andrew Mellon founded wasn't a college at all - it was a research center connected to the University of Pittsburgh. Andrew Carnegie founded the Carnegie Technical Schools, later Carnegie Institute of Technology. It became Carnegie Mellon in 1967, but Andrew Carnegie is still credited with being its founder. If you had to go to CMU to know the topic better than that, so be it. This one may be more controversial than MAINE/NEW MEXICO.

Now for my red herring: the first campus I spotted was UC Irvine. I thought that was a little weird, since the Irvine was placed so blatantly. But that started me on the path to finding the rest of the schools - including UCLA at 43A. The extra letters gave me MCELULON. After looking for and not finding more schools that would expand that into a real name, I realized I need to get rid of the UCs, leaving MELLON.
Top

"emo" was a bit of a red herring leading to "emory". I quickly discarded that one.
Heidi
Top

Or RIP for Ripon
Top

Well you could have also found CAL at 46A. I bit on the UC Irvine because of placing as well but ended up with Mcellon and almost went for McLelland who founded Dickinson (PA boy originally), but saw it was a stretch and that all of the other names were in the full word not a part of the word and that was consistent.

Having been burnt by the obvious answer last week I was VERY gun-shy, but let reason win out in the end and solved it.From the sound of it, knowing too much about CMU might have led to some people making the wrong choice of founders? 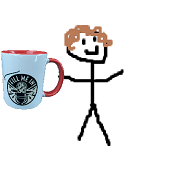 I submitted Andrew Carnegie, and like steveb, I'm personally counting it as a win.
Top

On the same page as Eric - and not a CSU alum.

Given that those 6 and only those 6 were left justified, I also played with "are there others" in the grid. The UC Irvine was there, but not left justified.

There's a SEMO - South East Missouri to those not from the Show-Me State.

But ... I submitted MELLON based on the fact that MELLON was on the paper (after filling in the blanks), Carnegie, while a viable second answer, was not on the page.
"Lots of planets have a North", the Ninth Doctor.
Top

Two problems with this one. First, the ESAU/IRVINE issue; that seems to have been DELIBERATELY misleading. Second, what Mellon founded was NOT a college at the time, though it is now. I agree with those who submitted "Carnegie;" HE founded a college which is now the continuation of what Mellon founded. I actually started to submit that, but chickened out and went with the more obvious (though technically incorrect) MELLON.

All in all a VERY unsatisfying meta.
Top

I wish the explanation had named a college that Andrew Mellon supposedly founded.
Top

I have an issue with the inclusion of UC-Irvine, but others such as UCLA, Cal, Emory and Ripon obviously do not fit the pattern of one "missing" letter between two answers. They're not even worth mentioning.
Top

Two mugs should be awarded this week.
Top

IMHO, not as a grad but a tuition-paying Dad, the answer is straight-forward except for Richard Mellon. Which brother is less of an issue (the answer Mellon still applies) than branching to Carnegie without further direction from the grid or clues. Andrew Mellon may not be the only founder but he is "a founder." Still waiting for 'van Rensselaer' to be hidden in a grid!!
'tis... A lovely day for a Guinness!
Top 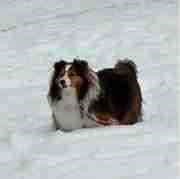 Ditto. I overthought it. I was just going to go with Mellon, since that's what was there, but then remembered other puzzles where the last part of the justification was "which suggests..." It's a loss, but it's a win. We had the answer, but we just went a step too far. (For all those who submitted the correct answer - I know, I know. It's NOT a win!)

P.S. - as someone who works at a university, it bothered me a bit that Carnegie Mellon is not a college, but a university, that the Mellon brothers didn't found a college, but an institute and/or school... still, since there's a Mellon College of Science at CMU, which was formed when the two merged, I should have gone that route, but I tend not to Google and didn't know that off the cuff.
~ Jennifer/jenirvin
Top

My son is a 2014 CMU School of Drama grad, so this proud Dad had all his fingers crossed that "Mellon" was correct!
Top
Locked
283 posts